I generated a co-citation network for the journal, Engineering Studies. Co-citation is defined as the frequency with which two documents are cited together by other documents. To explore the graph, download this pdf, or if you have Gephi, click here.

What I did this time:

There were a few modularity classes. The largest, in purple, was greatly influenced by the work of Wendy Faulkner. 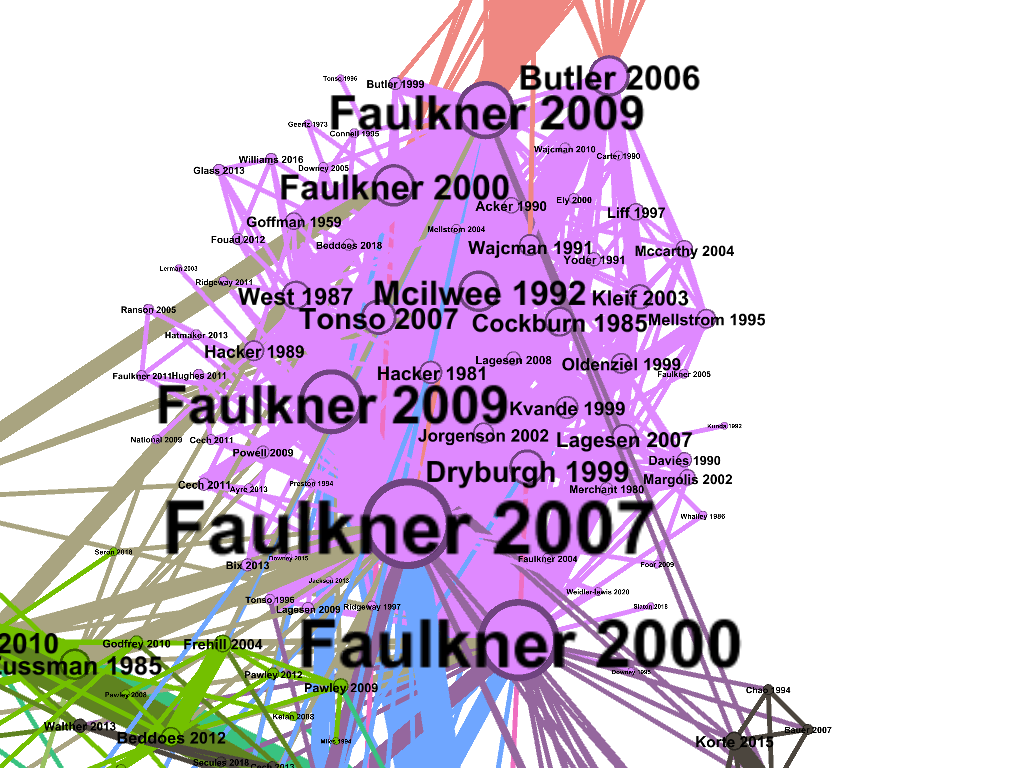 Next largest were in blue, green, orange, and gray. 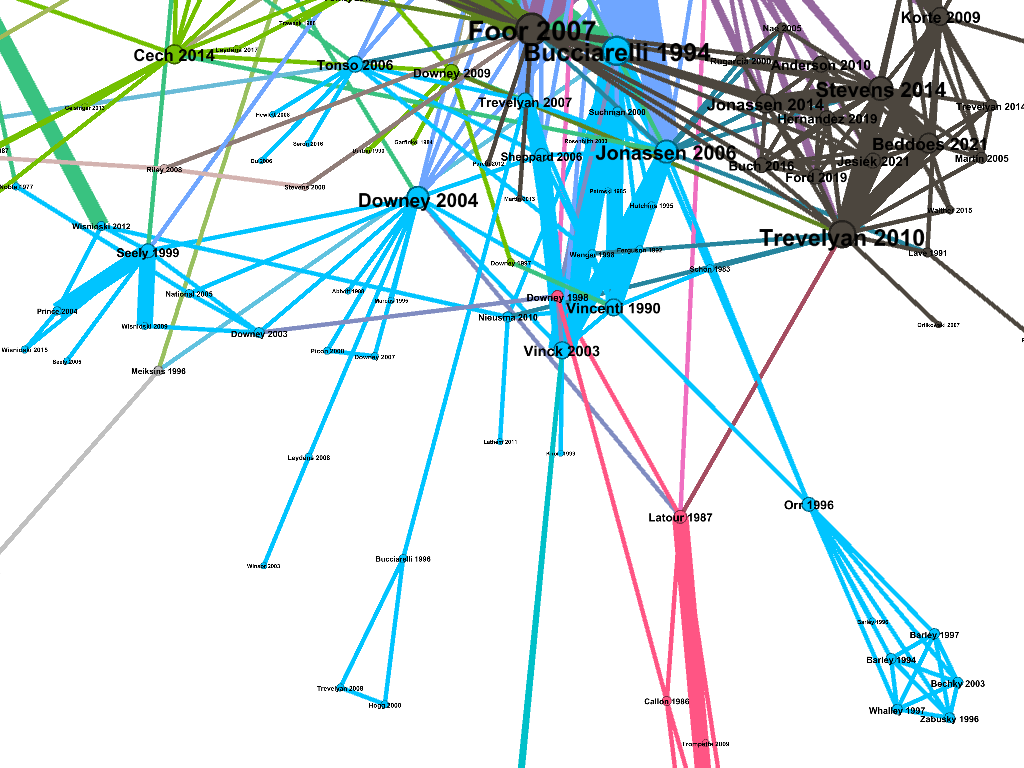 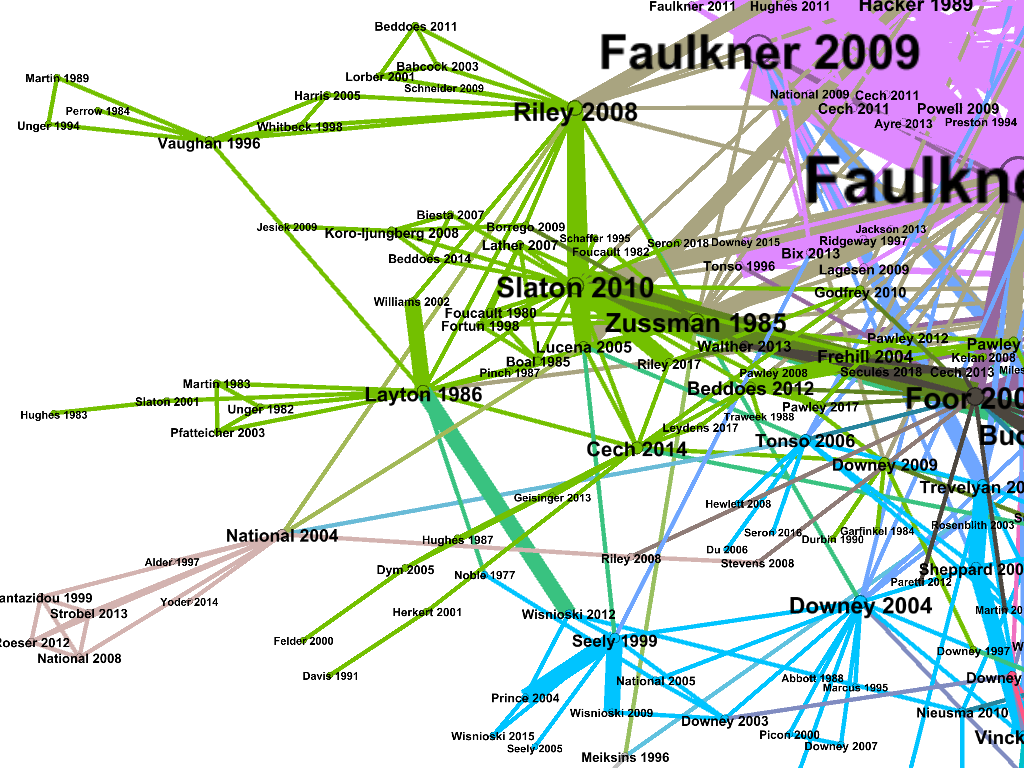 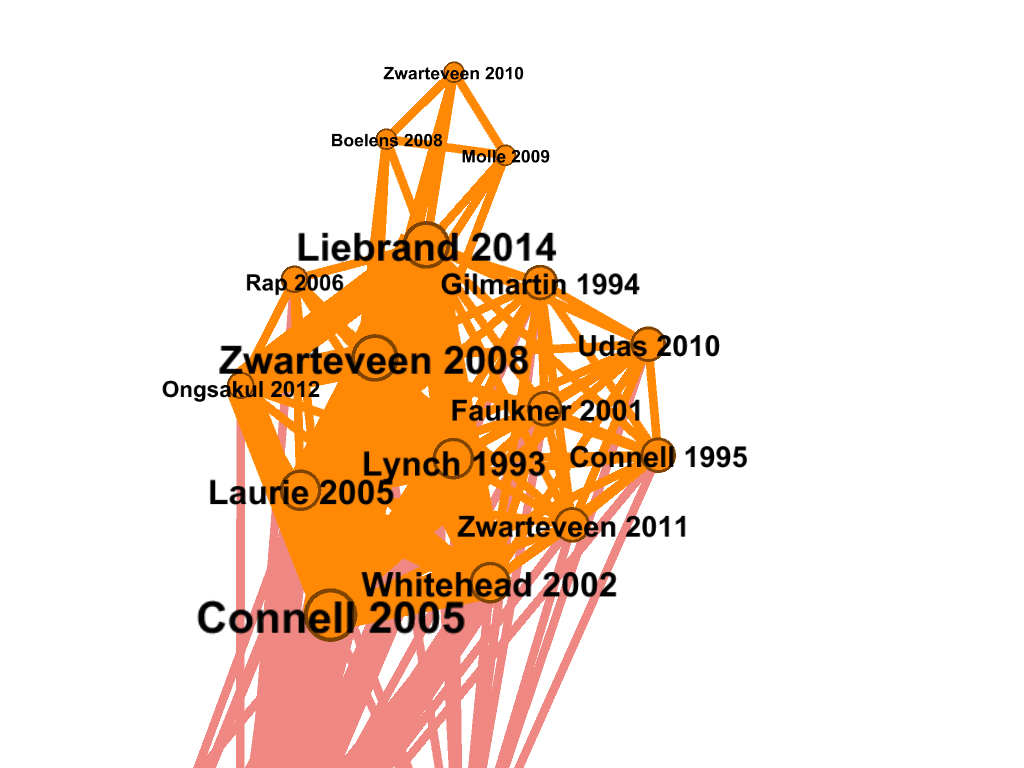 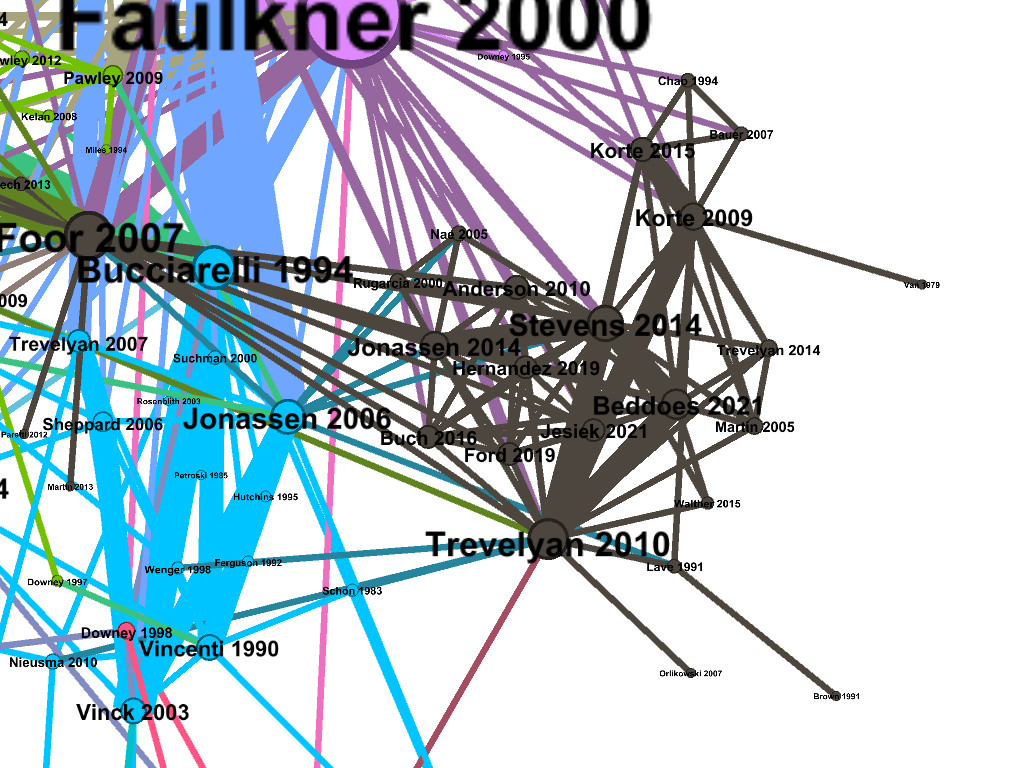 Two smaller ones worth noting are in light gray and pink. 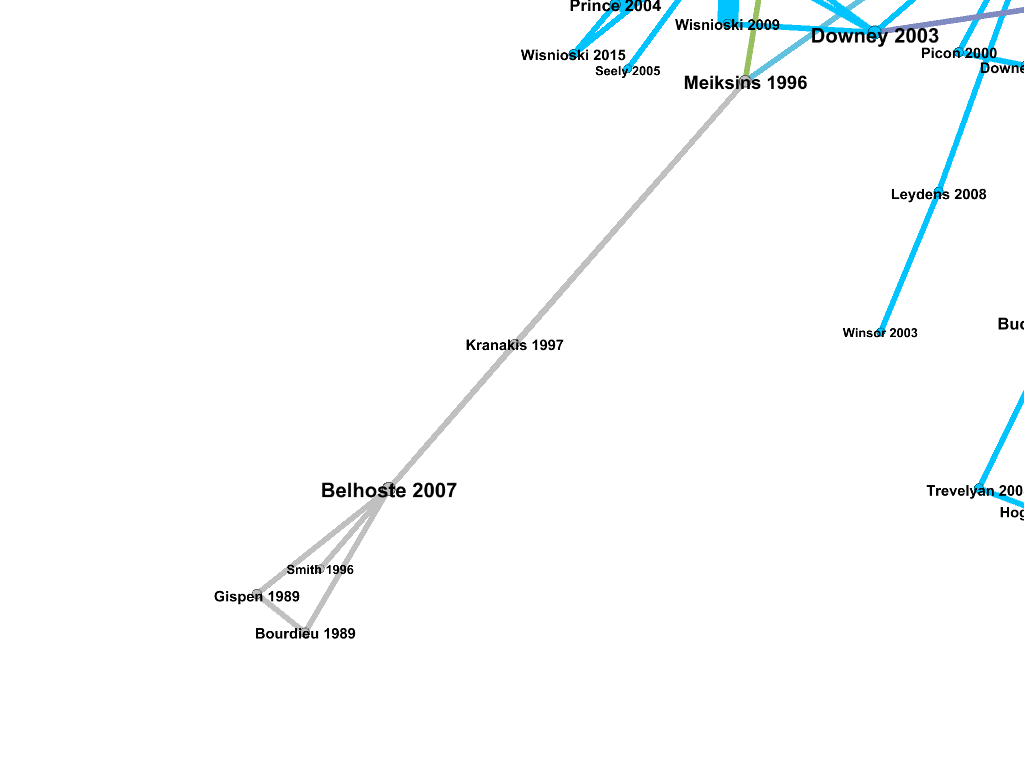 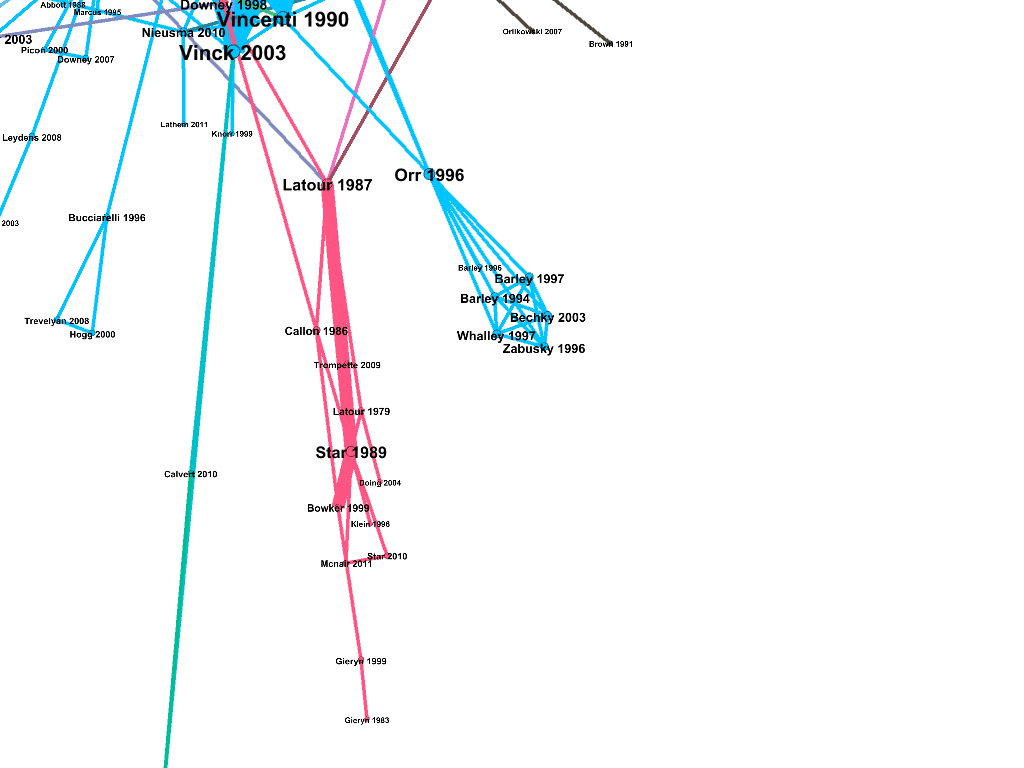